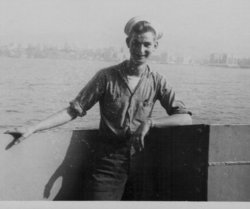 Like many men of St. Paul's Lodge WB George served in the US Navy where he served aboard the USS Coral Sea, one of the Navy's largest aircraft carriers. While serving he spent 3 tours in the Mediterranean and had the opportunity to visit his parent's homeland and place his family said he loved, Greece. 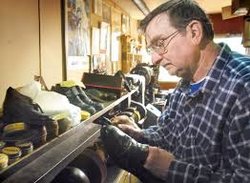 After his time in the Navy, he returned to Newport where he took over the family shoe business, "R.I. Shoe Repair". There had been a Koulouvardis shoe repair on Thames Street from 1920 until approximately 2013. 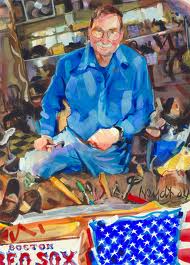 In addition to his Masonic career, WB George is said to have been an extreme Red Sox fan and season ticket holder, a lover of Opera, the Patriots, Newport Creamery. He was a member of St. Spyridon's Greek Orthodox Church, where he also served as Parish Council President and is the Godfather of St. Spyridon's Church.

WB George Koulouvardis passed to the Celestial Lodge on January 15, 2015.